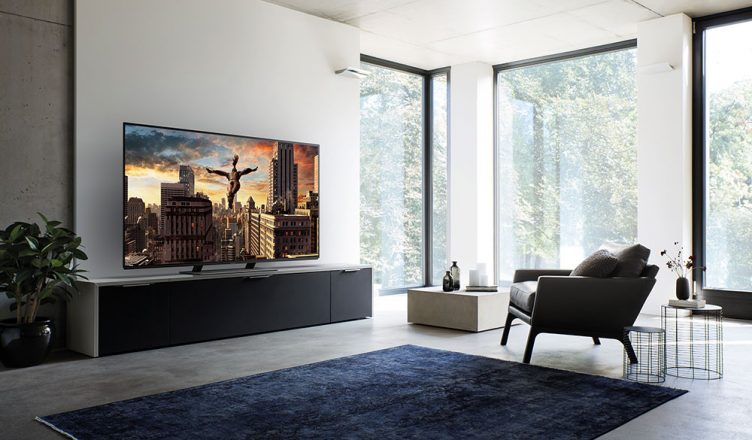 I have had great pleasure in carrying out a review for the new flagship model from Panasonic – the edgily named Panasonic EZ952 series. I thought it might be helpful to give you a quick explanation of OLED technology compared to older technologies such as Plasma and LED. This will hopefully help make sense of the differences between them, and why the need has come for manufacturers to introduce a new panel technology to their arsenal. By the end of the review, you should be well informed of some of the benefits to OLED and just itching to see it for yourself in your local Hughes store!

OLED stands for Organic Light-Emitting Diode. The “organic” part is referring to the carbon film that sits inside the panel before the glass screen. In simple terms, this means remarkably dark blacks in an image, and when you combine this with the brightness of the whites an OLED panel is able to produce you’re left with an amazingly vibrant image (think blacker blacks and brighter whites) and improved colour accuracy.

OLED is capable of a refresh rate of as low as 0.001ms, which for reference, is around 1,000 times faster than a standard LED-backlit LCD panel, while also being superior to the now-discontinued plasma technology.

The lighting source they use is so tiny that the depth of screen sizes has shrunk. This means that OLEDs are just a few millimetres in depth and much lighter than standard TVs.

The viewing angles on OLED are far superior to standard LED/LCD screens; everyone is able to enjoy the same definition of picture no matter where they’re sitting in the room.

Ultimately, OLED can offer the benefits of both plasma and LED in one package – the viewing angles and ability to deal with detailed picture quality in low-level cinematic conditions of plasma, combined with high contrast levels of LED, to give a vibrant picture which plasma can struggle with. It offers a truly formidable picture quality in a very versatile set. 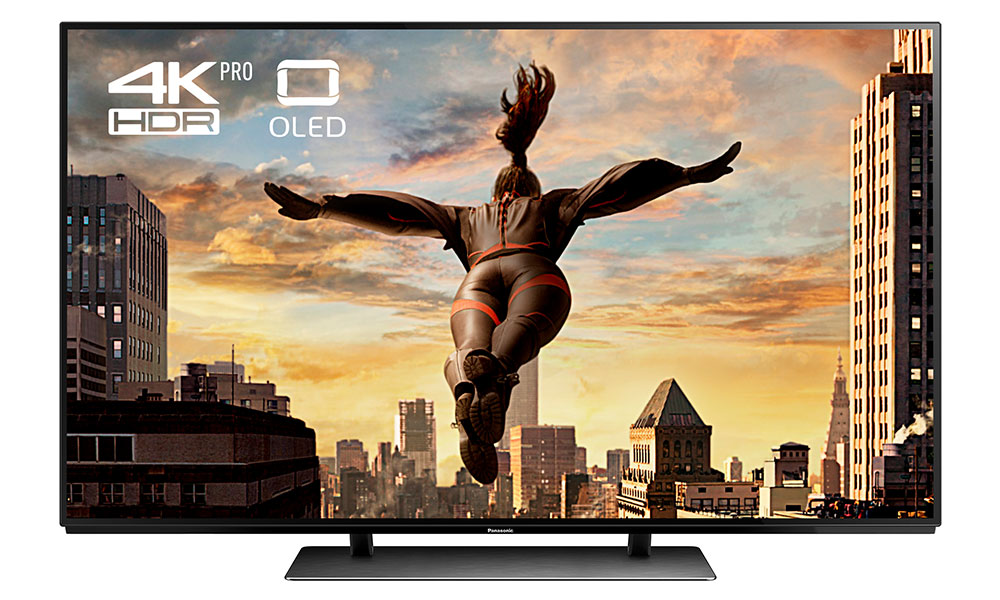 THX® Certified Display – THX was founded by legendary film maker George Lucas with the goal of improving the entertainment experience in the cinema and in the home. Only televisions that pass 400 independent THX lab tests within 30 testing categories receive the mark of THX 4K Display certification. Their rigorous performance standards and uncompromised picture quality ensure that you experience the film maker’s vision exactly as it was intended.

Equipped with the cutting edge HCX2 processor and professional “3D lookup table” colour management, the 2017 range of 4K Pro HDR televisions capture every nuance and detail of the original film.

Panasonic OLED 4K TVs support multiple HDR formats, such as HDR10 found on UHD Blu-ray discs and, with the 2017 models, now Hybrid Log Gamma (HLG), the HDR format developed by the BBC and Japan’s NHK. They have also introduced an HDR mode just for gaming to specifically target the issue of input lag.

If you are a previous Panasonic user it will come as no surprise that the initial set up is fairly simplistic, and the menus are easy to follow and adjust to your personal preferences.

You are supplied with two remote controls – a full-size standard and a smaller smart control with touch sensitive pad for swiping, to enable ease of use depending on function. Both remote controls are finished with a metallic front fascia and feel solidly made and the standard remote also has backlighting.

The connections sit behind a guard plate and if you remove it and you will find 3 X USB, 4 X HDMI 2.0 (4K 60/50p with HDCP2.2), Gigabit Ethernet, twin tuners, composite/component shared input, optical output, headphone output, and an SD card slot.

The EZ series is available in both 55” and 65” and it refers to their premium range. 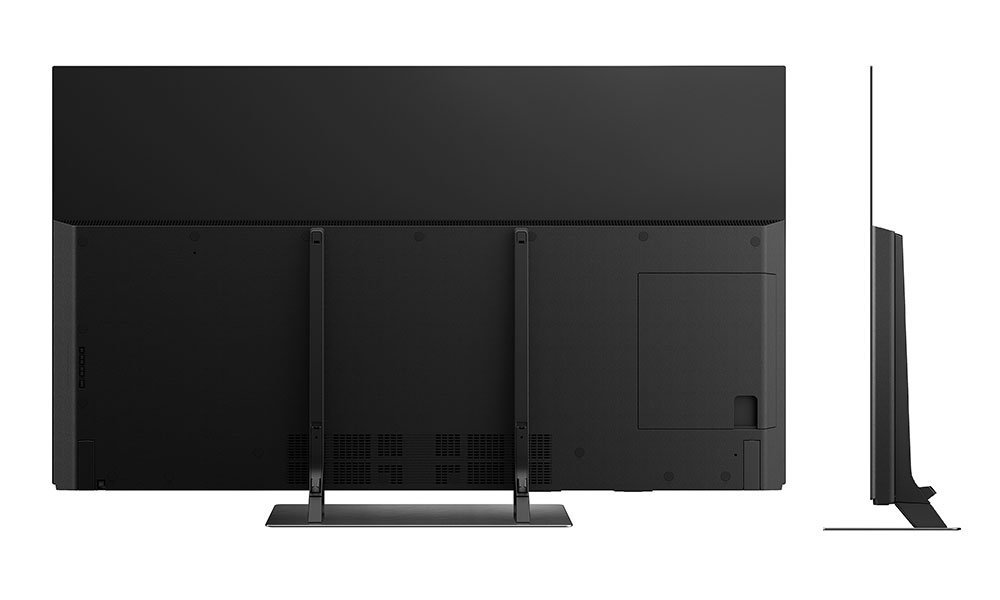 Ultra HD Premium Certified – This is a standard put together by the UHD alliance, a cross-industry body composed of the leading film studios, consumer electronics manufacturers, technology companies and content distributors, with Panasonic as one of its board member. The UHD premium certification is only given to products which have passed the performance criteria related to resolution, dynamic range, and colour spectrum, amongst others.

Studio Colour HCX2 – The most powerful video processor built into a consumer television. This controls all of the picture performance such as refresh rate, motion, colour range etc.

THX Certified – Ultimate picture quality ensures that you experience the film maker’s vision exactly as it was intended.

Web Browser – Uses the My Home Screen 2.0 interface, which incorporates elements of the old Firefox OS. It looks much the same, with big, clear graphics and the ability to pin your favourite channels and apps to the home screen.

PIP – Allows you to view one programme on the full screen and another on a smaller inset screen.

The Panasonic EZ952 is a fantastic OLED range, with amazingly vibrant colours, superfast responsiveness and great viewing angles. It will work well in a modern family environment and provide an all-round solution to everyone’s needs. This is a premium TV, richly deserving of its place as Panasonic’s flagship model.

Buy online, rent the 55” model or ask your local Hughes branch about a demo, and see the amazing picture for yourself.