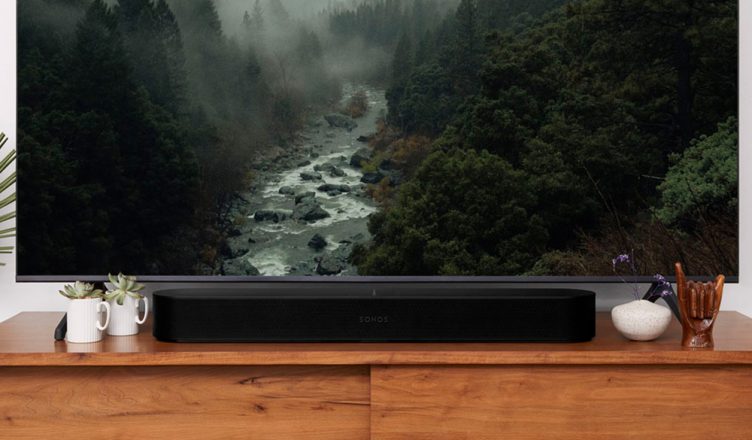 Every techie who knows his stuff remembers how everyone raved about the Sonos Beam soundbar when it first launched and, with it still hugely popular three years later, the soon-to-be-released second generation device is bound to make a tidal wave in the tech industry next month. Upon first look, the Sonos Beam Gen 2 seems almost untouched, however Sonos have been hard at work behind the scenes to provide improvements which are sure to pack a punch.

While the Beam Gen 2 looks almost identical with no changes in weight, dimensions or controls, the big changes are in the list of features. With enhanced processing power and a CPU that is 40% more powerful, it boasts having added Dolby Atmos support over its predecessor. Combined with eARC (Enhanced Audio Return Channel) connectivity, which provides a significant boost in bandwidth and speed, it enables the Dolby Atmos signals to arrive in advanced Dolby TrueHD format instead of the Dolby Digital+ which the standard ARC connection provides. This promises the ultimate, immersive audio experience.

Keeping ease of use in mind, the Beam Gen 2 has the added feature of NFC so that you can just tap your phone to the top of the device to set up the Wi-Fi in seconds. While other loved features remain the same with TruePlay room calibration, Apple AirPlay 2 support and built-in Amazon Alexa and Google Assistant including, enabling you to build a network of smart technology in your home.

What has changed design-wise is that the fabric grille has been replaced with a more sophisticated polycarbonate grille. This may seem like a small change but it is certainly significant when it comes to the ease of which it is to clean, the premium feel of the device and its susceptibility to signs of wear over the forthcoming years.

Sonos have also taken the opportunity with the second generation of the Beam to improve the sound quality even further. It does this, not only by including a faster processor, but also by upping the number of speaker arrays from three to five.  These new arrays use time and frequency-based psychoacoustic techniques to create more separation between the ear-level and overhead audio. This is all in the effort to create a rich, three-dimensional sound that fills a room to the utmost efficiency.

Taking a quick look at the Sonos Beam Gen 2, it’s safe to say that Sonos have thought of every possibility when it comes to improving an already hugely successful piece of tech. Spending three years artfully creating this new model, it is sure to be equally as alluring to tech-enthusiasts, cinephiles and music lovers alike with even more features promising a refined and enhanced cinematic experience.

The Sonos Beam Gen 2 is available to pre-order from today (the 21st of September) with the new soundbar available to buy from the 5th of October.

View all posts by cwatling →