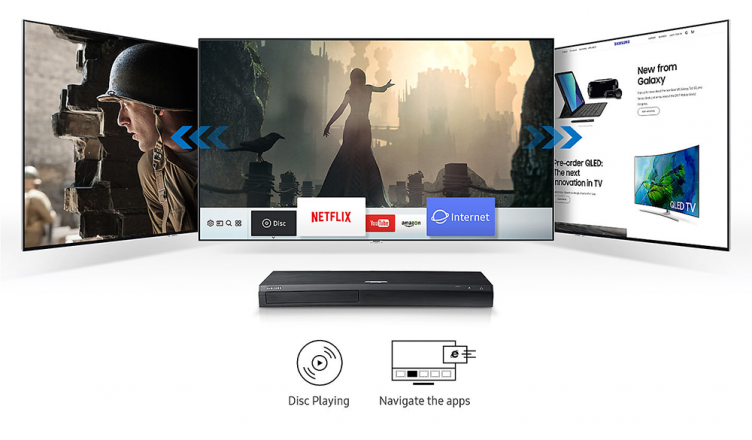 The Samsung UBDM9000 4K UHD Blu-ray player delivers incredible true-to-life 4K resolution images – at a fraction of the cost I would have expected to pay for the quality. I’ve been using a Blu-ray player since they first came out and was, initially, sceptical about how much better 4K & UHD would make the picture. Any scepticism was soon gone, however, once I’d set up, settled down and pressed the play button!

The sleek design features a curved front and its shiny black finish makes it pretty unique among the myriad other Blu-ray players, but its capabilities exceed far beyond looking the part. This Samsung Blu-ray player is a great all round player; combining truly stunning 4k resolution with its Dolby 7.1 channel it will feel like you are at the cinema without leaving your chair.

Thanks to Samsung’s HDR technology, this Ultra HD Blu-ray player puts the movie set in your living room, delivering dynamic UHD content in exceptional quality. You’ll experience sharp contrasts and brightness with deeper blacks and brighter whites – all combining to make you feel like you are in the movie, not just watching it. 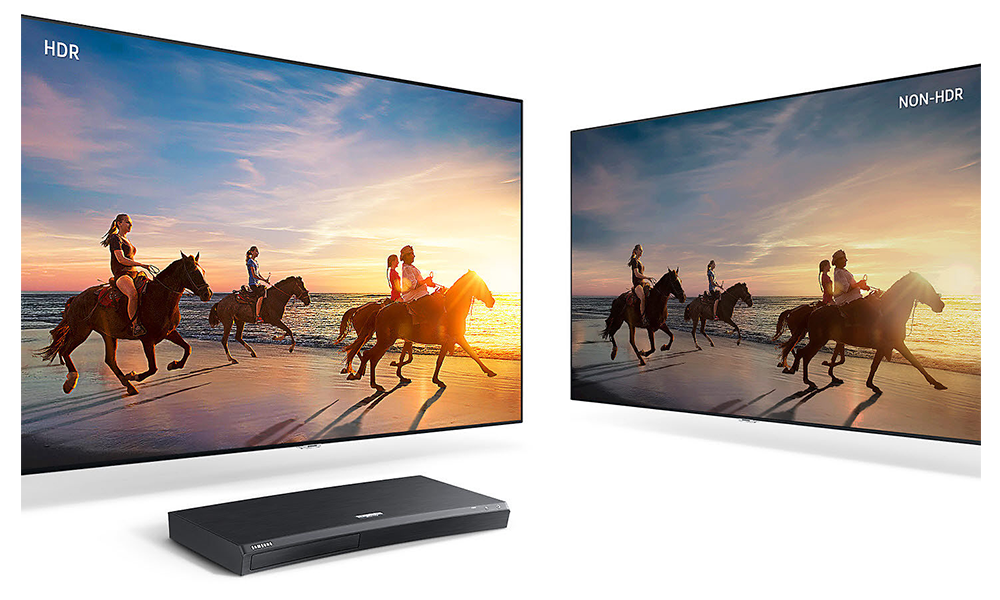 The Samsung UBDM9000 4k player comes full of great smart apps built-in (Netflix, YouTube, catch up TV and many more besides) so there is no need for endlessly changing between TV and 4k player to get to your smart apps. All the apps are there in one place, accessible through the Tizen operating system, which displays them as tiles at the bottom of the screen.

When you’re done watching TV you can also stream music, via Spotify or Deezer; delivering fantastic sounding audio. The remote is simple and straightforward to use. Matching the Blu-ray player with its sleek design, you’ll find that there’s a decent ergonomic layout for easy use. The remote can connect to the player via Bluetooth so it matters not if your player is out on show or hidden away, it will still work effortlessly. 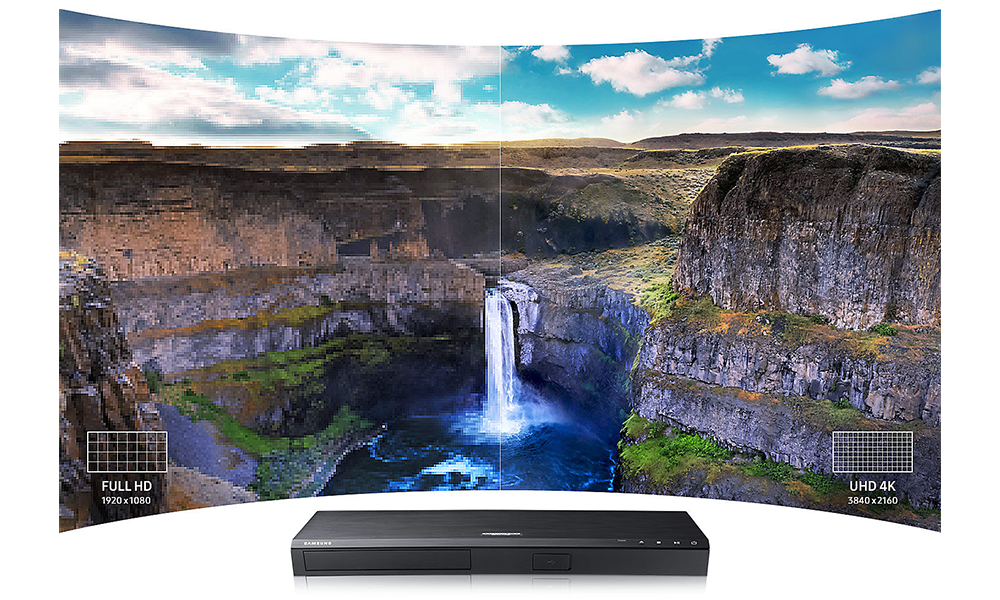 This 4k player is compatible with 4K UHD movies, Blu-rays and DVDs which is great if you have a collection of films you enjoy watching and you don’t want to part with them. The Samsung UBD-M9000 Blu-ray player will also upscale any non-4K content, making your old collection look better than it ever has before. It offers twice the colour range of existing conventional Blu-ray players and 64 times higher colour expressions, surpassing the digital cinema standard. You’ll enjoy realistic picture quality like never before as this 4K player gives you the Hollywood experience you’ve always wanted to have. 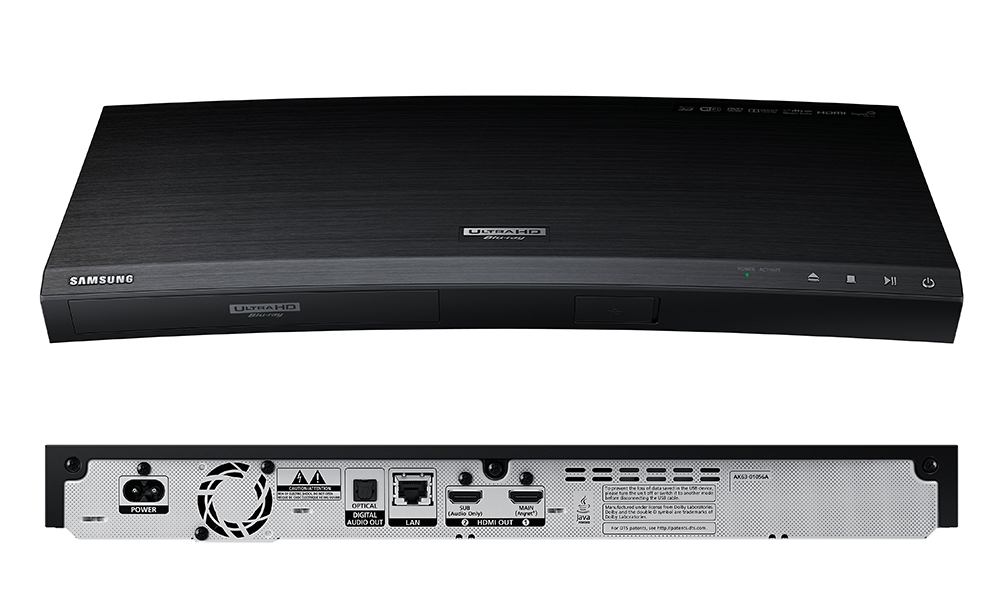 There’s a handy HDMI port in the back as well as a LAN port so you can connect via Wi-Fi or Ethernet and via an optical lead. At the front of the Samsung UBD-M9000 is a USB port (cleverly hidden behind a flap so when you look at the front of the player it blends in nicely with the rest of the player); having the USB at the front makes it easier to access when you want to put pictures and home movies on to your big screen

In the box there is a power supply and the remote and an easy-to-follow instruction guide. Less time to set up means more time to enjoy a great picture and sound that comes from this player.
You can buy online, collect in as little as one hour with our Click & Collect or why not rent for just £2.54 per week! Find out more – and ask about a demo – in your local Hughes store.