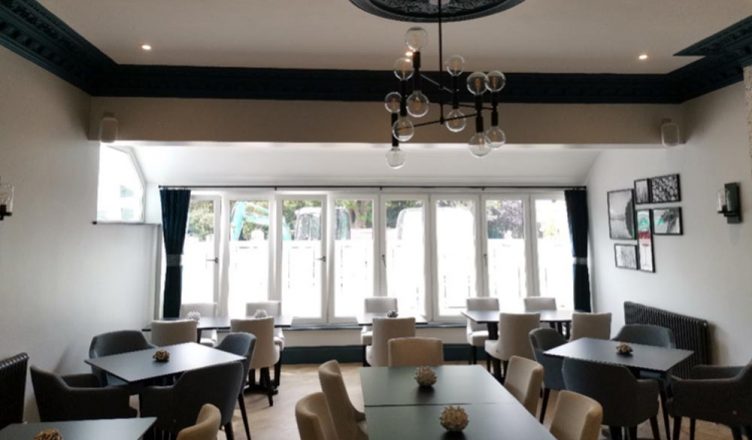 The client had taken over ownership of a hotel in Lowestoft and was planning on major refurbishments to bring the hotel up to date. We were called out to go through an audio solution. The client wanted different zones and liked the idea of a modern speaker system. The control of the zones needed to be relatively simple so that non-technical staff could operate the basic functions such as volume and input adjustment. There were a total of 16 hotel bedrooms that also required modern smart TV sets.

Based on the scale of the project, it was quickly decided that a 100-v line system would provide the most reliable and scalable solution. Wireless speakers had been discussed early on but, due to the size of the hotel, this idea was promptly disbanded. The zones were broken down further to allow greater control which required a slightly more complex 8-zone matrix pre-amplifier and two 4-zone power amplifiers. I then worked out the number of speakers required for each room, taking into consideration the quality requirements for low-level background sound that could cope with higher power output for social events.

We decided on the Apart Audio control 12.8 and the matching DIWAC control units and matched this with the Apart Revamp 4120T power amps. The 120-watt amplifiers would provide ample power. While different models of Apart speakers were chosen for the different rooms, Apart Mask 4 IP64 rated cabinet speakers for the lounge, restaurant, conservatory and the garden, the Apart CM20T ceiling speakers were chosen for the reception, toilets and commercial kitchen.

We also needed to provide a source and a wireless microphone; the Apart PC1000 was the ideal choice as it is a commercial grade CD player with a USB input, allowing greater flexibility for music from a solid-state device. The microphone was to be used if there were events in the restaurant such as comedians or guest speakers for various functions.

With regards to the TV requirements, a second visit was required to review the best size options and wall brackets for each room. This was done with the owner who wanted to be sure that the correct TV sets were chosen to suit the room and that the mounting positions would provide the most comfortable viewing angle for guests. We discussed hospitality grade TV versus domestic sets and the client decided to take the domestic path based on the overall cost. Mixtures of flat-to-wall and articulating brackets were chosen with the respective rooms noted.

Based on the scale of the project, and the fact that the electrical contractors were already working on site, I agreed that the labour would be divided. Hughes Smart would commission the audio equipment and the electrical contractor would run the speaker cable and install the speakers. We would be responsible for setting up the audio matrix and power amps, adjusting the speaker power taps and installing the TV sets.

With a project this size we did encounter a couple of small challenges, one of which was the area that the audio equipment was to be housed as it needed preparation which hadn’t been completed by the time we started the job. This was due to issues out of the owners control but was an issue none the less. I visited the site on the final day to oversee the work and got involved in ensuring that we could install the audio system as the hotel was due to be opened in a matter of days. We also fitted fire hoods to the ceiling speakers as this was a fire safety requirement. Finally, the TV sets were all installed correctly and put into hotel mode to prevent customers making major adjustments or over riding volume controls.

Due to our commitment to customer service, our engineer went out a few days later to give the key personnel an overview of the audio system and how to make the necessary adjustments for zone and volume control.

For a free consultation please contact us or take a look here for more information on the products and services we can provide.

View all posts by DS →

Take Greater Control of Your Environment with Hughes Smart