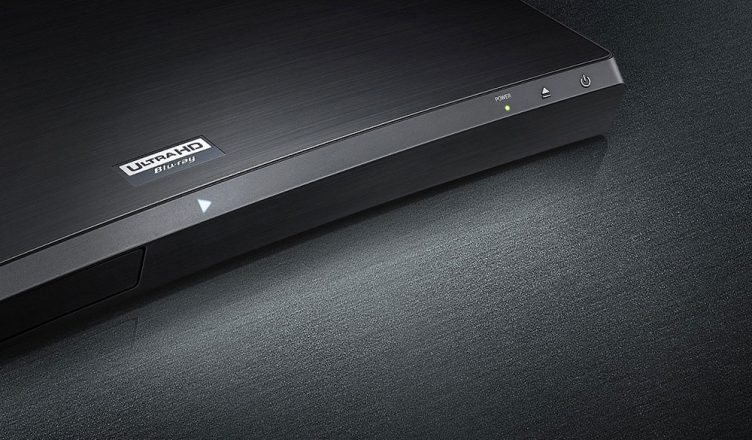 Samsung’s premium UHD Blu-Ray player offers some considerable upgrades to their K8500 player, and really will bring your movie collection to life.

Design
With a typical curved design which compliments Samsung’s range of high end television, the build quality of the UBDM9500 is a clear upgrade compared to 2016’s offering. Samsung has now upgraded this with a sleek metallic style chassis and also added a much needed OLED display near the power and eject buttons, and while this is quite small it is perfectly legible.

Connections
Moving to the rear of the unit, the Samsung UBDM9500 offers a simplistic but more than adequate array of connections, with a Digital Audio output, 2 HDMI outputs (handy if you are needing to split video and audio signals), and an Ethernet port for a more reliable connection to your broadband router. The USB port has now been relocated to the side of the unit, and supports a wide range of file formats to allow for audio, video and image playback.

For those without capability of a hard-wired Ethernet connection, there is also built in Wi-Fi with the latest 801.11ac standard allowing extra convenience.

Features
As mentioned, the UBDM9500 has added some additional features compared to its predecessor.

The Smart interface has been improved, with easy customisation possible, and now gives access to over 300 apps. The main apps to note are Netflix, Amazon Video, YouTube – compatible with 4K and HDR – and catch up services from the BBC, Channel 4 and Channel 5. There is also a fully functional integrated web browser.

There is a Blu-Ray-to-mobile feature, allowing you to wirelessly stream content to your devices, even with the TV off. This also offers the ability to watch two different things at the same time, potentially avoiding any arguments over what to watch! Phone content can also be shared in the other direction in a very straightforward and uncomplicated manner using the Screen Mirroring function.

For those with a Samsung Gear 360 camera, or if you are keen on watching YouTube 360 content, there is also the capability to view your images back through the player with 360 content playback, with easy navigation using the remote control.

Samsung has now also offered Bluetooth support, allowing music files to be streamed from a device. Another neat feature is ‘Private Cinema Mode’, which allows you to connect Bluetooth enabled headphones directly to the Blu-Ray player, ideal for those who like to enjoy a late night movie without disturbing others. 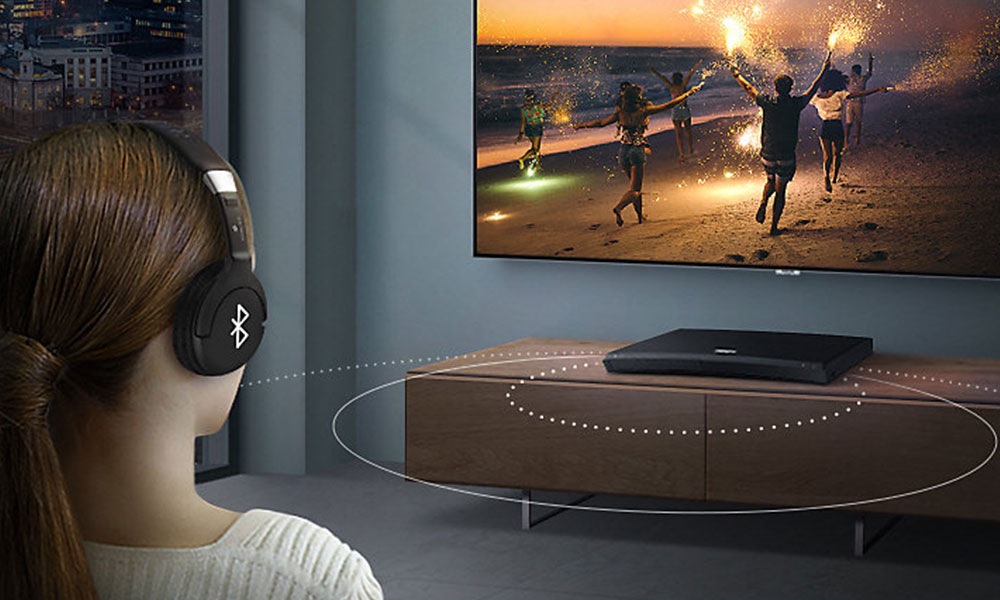 Performance
The UBDM9500 offers twice the colour range and 64 times the colour expression of a conventional Blu-Ray player to ensure a lifelike and accurate representation.

When combined with the high peak brightness and deep contrast of HDR this produces a realistic, rich picture.

While watching the including ‘Planet Earth II’ UHD disc, colours are striking, and textures are true to life and masterfully rendered.

Sound quality is also uncompromised thanks to Dolby Atmos and DTS:X outputs, and no down sampling from the original sound source.

Summary
Overall, the UBDM9500 is a very worthy flagship UHD player from Samsung, and offers many upgrades to the previous model. The initial set up process is very straightforward, with automatic picture and sound detection; it leaves very little for the user to do. The picture and sound quality offered puts it in very good stead when compared to its rivals, and it’s Smart interface and features won’t leave users wanting.

Buy online – now with £100 cashback AND a free Planet Earth II disc – use our Click & Collect to get your Samsung UHD player in as little as one hour or pop into your local store and be WOWED with a demo!